Even the biggest brands with ultra-recognizable logos can be updated. This is because they need to maintain the logo design trends and align them to the changing mission and vision of the company. With this, logos have been changed throughout the history of brands and will continue to change.

Some of the most famous brands are evolved in the following ways:

It is one of the most recognizable logo icons in the world. It had started a black and white drawing of Isaac Newton under the apple tree in 1976. One year later, the logo gets changed to something similar to today. The story of Apple’s logo is mainly about playing with gradients, exploring different color schemes, and slightly tweaking the overall look and feel.

Facebook has played around with different logo versions, but the most famous story behind the brand name and logo is best known from the movie Social Network. This movie was based on true events and describes the beginning of Facebook and how they dropped the ‘the’ based on a single advice. The logo here was connected to the overall website design Auckland and the user experience of the site.

Instagram is a strong opponent to any of the major social media networks today. It has basically 4 logo redesigns, but they were quite massive compared to the tweaks. In 2010, Instagram’s logo started as a camera image with quite a lot of details and colors. It was then simplified and produced with a brown-beige camera. Later, the camera logo was filled with 3D effects. Today, it has changed to a rounded square shape with a gradient of 3 colors.

Google had a rather non-aggressive logo changes history. Earlier, the WordArt from Microsoft Office was the actual Google logo. From 1998 to today, Google had 7 redesigns.

Starbucks brand can be easily linked to an image of a mermaid on a green background. But earlier, it had a massive Starbucks lettering on its logo, both in the original version and the second revamp. Starbucks maintained its original idea of a siren on their logo but changed other things. Most importantly, the logo was brown at the beginning but later it was changed to green.

Burger King had one of the most significant transformations when it comes to logo design. Initially, the logo looks nothing like the one we know today. In 1954, it was black and white with a minimal sun icon and ‘Burger King’ written below. In the same year, the sun was removed and the font became funky. It remained for 12 continuous years, where a literal burger king or a man with a crown sitting on top of a burger. Later in 1969, the logo started resembling what we know today.

Change is necessary and brand logos are definitely no exceptions even if they are multi-billion multinational companies. Trends and tendencies of a website design Auckland changes, and they must adapt their visual identity accordingly. 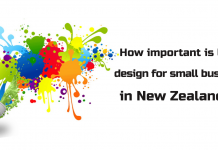 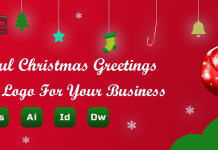 How to make beautiful Christmas Greeting Cards for your business with company logo.?

How to make beautiful Christmas Greeting Cards for your business with...